I was flicking through old blog posts the other day looking for inspiration and found this one I’d originally written after Angela Savage posted a (melbourne) quiz on her blog. It was a sort of a homage to the quiz that appeared in the glossy mag that used to come monthly in The Age (and Sydney Morning Herald).

Anyways, it got me thinking that, given I’m about to leave this sequinned city, the time could be right to update and tweak it a tad.

The harbour on a clear blue day in early Spring. It truly is bluer than any harbour has the right to be and makes you compare it to things like sequins and diamonds and other sparkly things. Oh, and the Manly Ferry- I can’t separate the two. Oh, how I love the ferries.

The traffic. Seriously. I spend 3 hours on a day in a bus getting in and out of the city. Enough said. Oh, and the tolls.

Hmmm a tough one.. I get my morning coffee from a hole in the wall just outside the Met Centre in Margaret St where the barista is just a tad too upbeat. ‘Rock on dude.’ Yes, he really says that. And ‘Party on.’ He says that too. Before 8am.

We’re more lunch people- it’s better for instagramming the food. When we do go out it’s to the local club (Galston Club or Castle Hill RSL) or or favourite Thai (Full Moon in Castle Hill).

We rarely go into the city at night these days- too old and too over the parking (such a grouch). I really want to try Longchim before we leave though – and go back to the Malaya (at King St Wharf). We love The Malaya.

Locally, I love Meze Me at Kenthurst, Wolfe & Co in Dural, and Wild Pear (also in Dural) – although you can never get a table. Other than that? The Opera Bar. I’ve invested heavily in there over the years.

Who do you barrack for?

St Kilda. Oooops, this is a Sydney post. Pushed for an NRL team, it’s a toss up between Canberra Raiders and Melbourne Storm- sort of says it all, really. As a kid I was mad for Canterbury Bulldogs- I had a flag and everything… but that was before Coffs Harbour.

Where do you live?

In the Hills district- in the north western suburbs. It’s quite conservative, quite yummy mummy, beautifully leafy and it takes pretty much an hour to drive anywhere from here.

Which Sydneysider would you most like to sit next to on a train?

The trains don’t come out here…yet. Re the buses? As long as they’re wearing their deodorant, I don’t care. Besides, most of the time I’m standing so the question doesn’t matter.

Commercial radio annoys me, so for the morning commute, I rely on my own music and podcasts. In the afternoons I like Richard Glover – when the cricket isn’t on (ABC).

You can’t get a car park at either. For the beach, coffee and people watching, I’d go with Bondi, but Manly for the ferry and the fun.

What is Sydney’s most under-rated suburb?

If the question relates to real estate values, I have no idea- which is such so not a Sydney thing to say…. Sydney is obsessed by real estate. 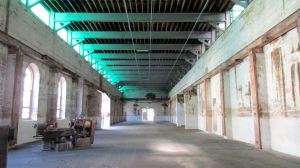 Cockatoo Island. It’s a photographer’s delight, has heaps of places for kids to run around and explore, and there’s a ferry ride involved. 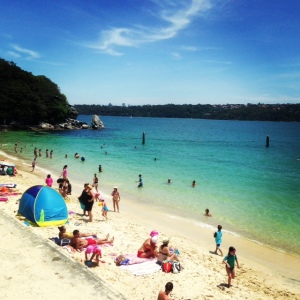 When it comes to “hidden” beaches, Nielsen Park is a good one; and as for places to eat that not many other people know about? Cottage Point Kiosk fits that bill. I’ve written about it here and here. 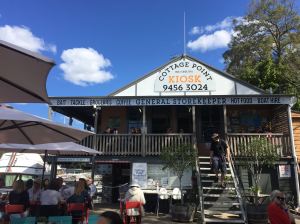 Fort Denison is another destination lunch spot – in the middle of the harbour. 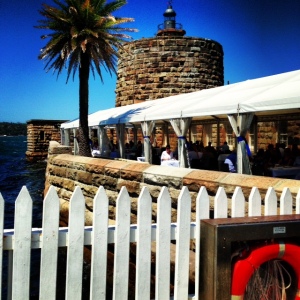 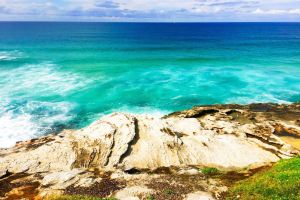 Bondi to Coogee – hands down. You must do it. 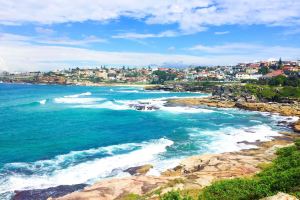 What sound reminds you of Sydney?

The cockatoo. We have squadrons of them squawking through each morning. I adore their cheeky confidence.

Best time of the year?

When the jacarandas are out, of course! Autumn is also lovely here – there’s not a lot of autumn colour, but the days are almost perfect. 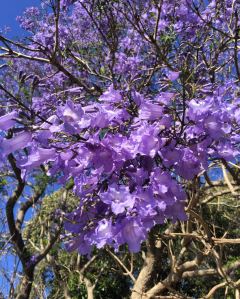 What every Sydneysider should do at least once?

Enter the City to Surf – even if it’s just to walk it. The same goes for the Blackmore’s 5km or 10km in September – you get to run (or walk) across the main apron of the Bridge.

What about you? How would you answer the (insert your town here) quiz? feel free to change the questions about and pop your link in the comments. For more ideas of things to do and places to eat in Sydney, check out my category Sydney Weekender…

Linking up with Denyse Whelan’s Life This Week linky…