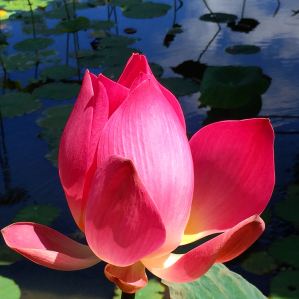 Our driver in Ubud, Kadek, talked a lot about balance. Balance and cycles. ‘It’s all connected,’ he said. ‘Everything.’

Sure it’s very Eat, Pray, Love, but it’s real. It’s also one of the reasons why we start our Bali holiday in Ubud. It’s more than a place: it’s a state of mind- and a balanced one at that.

Anyways, all of this talking about balance made me think about everything that’s been out of balance of late: which is, when you think about it, pretty much everything.

It’s why, when we walked past the spa that was advertising reiki and chakra rebalancing, I announced that I was going to get my chakras rebalanced.

‘Do you even know what chakras are?’ asked hubby.

‘Of course I do- I did that weekend course in reiki… remember?’

‘But do you know if yours are unbalanced?’

‘No, but it stands to reason that they are- everything else in my life is.’

‘Would you know what it feels like when they are? Balanced, that is?’

‘So he could tell you that you were rebalanced all of a sudden and you wouldn’t be able to tell the difference?’

‘I guess- but at an investment of $15 for 40 minutes, I’m prepared to take that risk. Besides,’ I added, ‘it’s very Ubud thing to do- like breathwork* and interpretive dance or female empowerment.’

So I took myself into town and down the lane where I’d seen the sign. ‘I’m here to have my chakras re-balanced,’ I announced.

The therapist led me out of the shop and into the family compound at the back, guiding me up a set of narrow, steep stairs- so steep that I had to tuck my maxi dress into my undies so I didn’t trip over. At the top of the stairs was a tiny room with a single massage table in it and a few framed certificates and hindu style pictures on the walls. Meditational, chanting music was coming softly from the speakers.

He explained that he would place a hand on each chakra point (no, it’s nothing like that) and balance each by placing the other hand on a different point. Oooooo-kayyyy. So I laid down and half closed my eyes- as you do when you have trust issues and no idea what is going on- and he started with one hand lightly on my tummy and the other on my forehead.

I don’t know what I expected, but there was a weird rushy feeling in my head followed by relaxation. When, a few minutes later, he moved the hand from my tummy to my chest, I cried. Not cried, cried, but tears coming out from behind my closed eyes crying and my throat closing up crying. I suspect the tears were for the endings that have happened of late, but I was sure that I’d dealt with that. Wherever the tears were being squeezed from, it was weird.

Towards the end of the treatment (if that’s the right terminology) he put both hands lightly over my ears- and it felt as though all the stuff I’d been thinking about and worrying about and trying to control was whirling about in there, banging against the walls of my skull.

Then it was over.

He told me that my head was busy and my heart and root chakras unbalanced, but ‘they ok now.’ Phew. He told me a few other things that aren’t important here.

Hubby asked if I felt any different, and all I could honestly tell him was that I felt seriously, meltingly relaxed. I also told him the bit about the busy head.

‘It’s pretty safe to assume that any Westerner coming to see him would have a busy head, though,’ he said sceptically.

True. Am I a convert? Not yet- but I am maintaining an open mind- largely because I can’t discount the relaxation I felt, or the way my throat closed up and the tears rolled out. Besides, I’m an astrologer- I can’t afford to dismiss anything.

Am I balanced? I doubt it, but I am more aware of the imbalance- if that makes sense.

Have you ever tried a non-conventional or “new age” treatment? How was it?