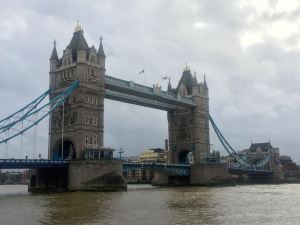 Today we were off to the Tower and off to the theatre. Wanna know what we saw? I’ll give you a hint- the billboard tagline is

Snowing me, Snowing you….

More on that later.

First, it was off to the Tower of London.

Grant and I visited when we were here 20 years ago. The weather was seriously manky, and had deteriorated to pissing down by the time we left. We remember sheltering under an awning in the Vaults part just outside, before giving up and making a break across the open space to the hop on hop off bus…at which point we figured we were already wet, so may as well get wetter and sat up the top.

This trip was grey and drizzly- manky enough to result in dull photos- but the serious rain stayed away.

Regardless of whether you’re into history or not, the Tower is an absolute must-do in London. And the tours (free every half hour) by the Yeoman, or Beefeaters, is absolutely essential. These guys add colour and life to the already colourful history of the place, and have the kids grinning and the adults entranced at the stories of gore and horror.

Of course, the Crown Jewels are the star attraction. Everything is on display- even the boxes and cases that the crown and sword and sceptre (or is it mace?) are put into for transporting. Sares and I amused ourselves by quipping that it solved that age-old problem of:

The Queen: Parliament is opening next Tuesday- can you get the jewels polished up and ready?

Man who gets the jewels: Sure thing, Ma’am. (Inwardly heart skips a beat)

Man who gets the jewels to the guy who helps him get the jewels: Dude, can you remember where we put the box?

Other guy: No, I thought you put it away. I’m sure I saw the sword shaped one under the bed.

Yes, we are juvenile.

Cost: 24.50GBP for an adult ticket (or save a little and book online)

Getting there: Head for Tower Hill station- on the district and circle line.

Back on the tube, we were off to Covent Garden for a pre-theatre lunch and matinee performance of Mamma Mia. You guessed it from my hint- right?

Being a fan of a daggy pop song, I agree with that line from Muriel’s Wedding– life should be like an Abba song. I’ve seen the musical a few times, but not at all since the movie came out. As for the movie, it’s one of Sarah’s favourites.

Choosing a production to see here is a little like closing your eyes and throwing a dart, and whatever it lands on is what you’ll see. There is so much on at any one time. You’ll pay more for the ones that are new, and Mamma Mia has been playing for a while now, so was a little more affordable- and the tickets available at the last minute. Speaking of which, there’s a half tix booth in Leicester Square offering discounted tickets, and the London Box Office site also advertises the cheapest seats. Google them. 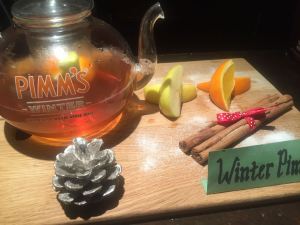 How was the show? It didn’t disappoint- nor did the rather civilised pre-theatre winter pimms. The guy sitting in front of us was part of a work party and had obviously never seen the show before. His verdict? ‘That was F@#$% AWESOME!’ Yes, he spoke in capitals.

It was dark by the time we got out, and the Covent Garden reindeer was lit up beautifully. 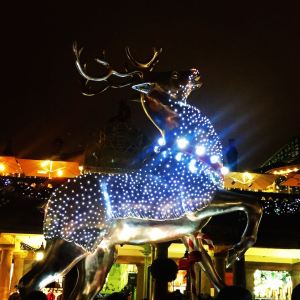 as was the Covent Garden Christmas tree. 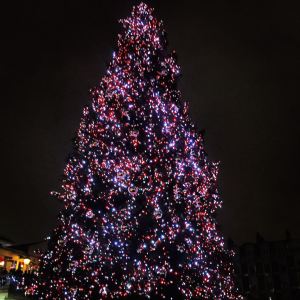 Tomorrow? Off to Kensington Palace for a touch of royalty…

Happy Mother’s Day to my Mum - mother, grandma, pumpkin grower. Thanks for everything & missing you today. Looking forward to finally seeing you again (borders permitting) in a couple of weeks. I’ll put a photo on my machine so you recognise me. 😂😂😂 🎃 Thanks @leesa.j.lyons for the first of these pics. @janice_lyons42
Sunday brekky at the beach. Perfect antidote to yesterday’s brewery & distillery fest. #toooldfordaydrinking @scot.bonnet #happymothersday #sunshinecoastfoodie #sunshinecoastfood #bestofthesunshinecoast #sunnycoast #sunnycoastlife #mooloolaba #mooloolababeach #mooloolabaesplanade
Final stop. Cocktails & food truck dumplings at El Diablo.
Stop no. 2 was Terella Brewery for beer, cider & food trucks.
It’s been years since I last played mini golf. Our start was delayed as the snake catcher dealt with an unregistered player. But (ahem) one of our team did get a hole in one. (Yes, it was me, but my hat had got in the way & I couldn’t see where I was aiming.)
Distillery no. 1 @sunshineandsons.com.au A great start to the day #distillery #sunshinecoastfoodie