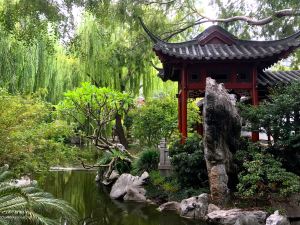 I hate February in Sydney. There – I said it. Even though February is the shortest month of the year, it’s the hardest one to find anything good to say about it. Except perhaps that March comes next – and that’s one of my favourite months of the year.

It’s true that there’s usually a little piece of every author in their characters and if you’ve read Wish You Were Here, you’d know that Max expressed a similar dislike for February.  When Richie asked Max why she hated February so much, she said that it was because February was about as far from Christmas as you can get. At least in January, she reasoned, the memories of Christmas hadn’t quite faded, and in March you can feel the change of the season and have summer to look forward to (Max was, of course, talking from The Cotswolds), but February? It’s about bad weather and not much else. Max is a wise woman.

Down here in Australia we have the opposite. It’s as hot and humid as it’s possible to get – and that’s not just because this summer has, on occasions, felt as though the gates of hell have opened. Perhaps they have – but enough about the political situation…

February in when Sydney is at its worst – hot, humid and unrelenting. It’s almost a though a fine grey wash has been painted over everything, dulling the light and washing out the blue in the sky.

The traffic is also at its worst. School is back, but because everyone is trying to adapt to new routines, the roads are busier than ever. Sometimes it feels as though they don’t get their routines right until just before the HSC starts in October.

I saw one the other morning in a web stretching from the timber fence of the house behind the bus stop to the retaining wall actually at the bus stop. It was about where I usually park my bum – and where the kids waiting for the bus dump their school bags. I had nothing to smack it with, so grabbed a stick and did my best to ruin its web as it went scuttling back under the fence. I have no doubt it would have been back again yesterday.

Anyways, in the miserabilism (yes, that’s a made up word) that is February, I re-discovered a little oasis of peace and tranquility in the centre of the city: the Chinese Garden of Friendship. At the Chinatown end of Darling Harbour, there’s bamboo, waterfalls, lotus, pagodas and green as far as the eye can see. In fact, you can’t see the entire garden from any single point within the garden.

There are plenty of places to just sit and be, and plenty of corners to discover. 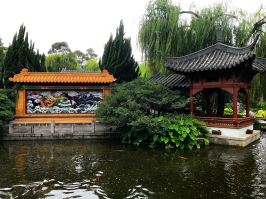 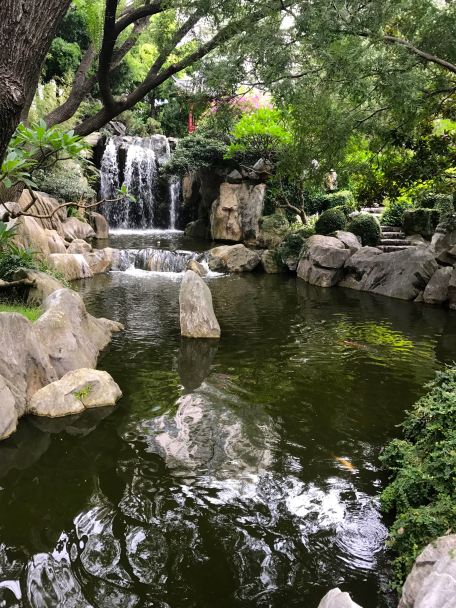 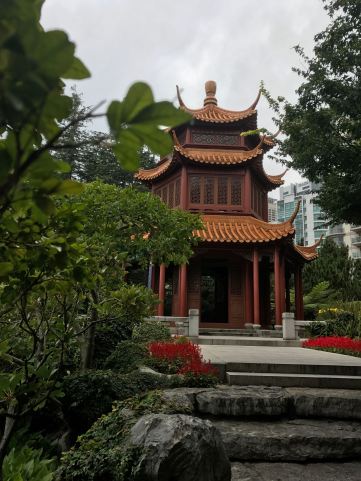 You can light rail it to Haymarket and walk down, or train to Town Hall or Central. Darling Harbour is about a 10-15 minute walk from each.

There are good paths throughout, although the “mountain” path has a few rocks that would prevent wheelchair and pram access.

Yep, there’s a little teahouse on site with views across the “lake”. Alternatively Darling Quarter is adjacent to the gardens – with plenty of good eating options – and Chinatown is just a few minutes walk away. 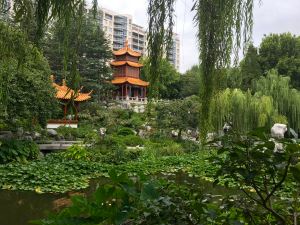