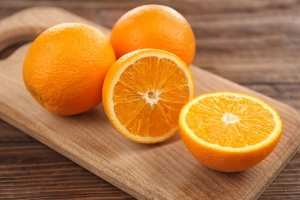 We’ve spent most of the weekend in Brisbane. We were there to do some Christmas shopping, but we also did a heap of walking and, of course, a little bit of celebrating the release of Happy Ever After…did I mention that it’s OUT NOW?

Anyways, by mid-afternoon on Friday we were flagging in energy and hubby was beginning to exhibit the symptoms of one who is experiencing chronic caffeine deficiency – yep, he was crabby…for anyone who knows him that’s very hard to believe, I know. We called in at this cute coffee shop in the Tattsersalls Arcade. I have no idea what it’s called, hubby was just interested in the coffee and the cakes.

He looked at the gluten-free orange and almond cake and screwed up his nose. ‘I really want that one,’ he said, ‘but it’s gluten-free.’

To the counter staff, he said, ‘I know that it’s gluten-free, but is it alright?’

‘Yes sir,’ she said, managing to keep a straight-ish face. ‘It’s my favourite.’

Once he dug a fork into it, he said to me, ‘this is good. It tastes like yours even though it’s gluten-free.’

‘I hate to tell you darlin’, but mine is gluten-free too.’

This cake is so good that even I like it – and I don’t eat my own baking. It is, however, one of my hubby’s favourites – even now he knows that it’s gluten-free. It’s also super easy. While the oranges are doing their thing, you can be doing yours. After that, it’s really just a bit of whizzing in the food processor and a little light whisking. No trouble at all.

Oh, and another piece of trivia, this recipe features in Happy Ever After – although Kate makes it in muffin pans, cooking it much quicker. I think it took about 20 minutes at 180C, but check it after 15.

What you do with it

I poshed it up a bit by lining the base of the tin with thinly sliced orange slices before I poured in the batter, and served it with a crumb that I made from toasted almond praline that I blitzed in the nutribullet. Yes, I’ve been watching too much Masterchef, and no, neither the oranges on top or the crumb added much to the dish.

I also made an orange sauce using half a cup of orange juice, 2 teaspoons sugar and 1 cinnamon stick that I reduced down a tad, before whisking in 30g of butter. With some vanilla ice cream on the side, it was declared a keeper. Alternatively, a cream cheese frosting would work…as would a dusting of icing sugar. 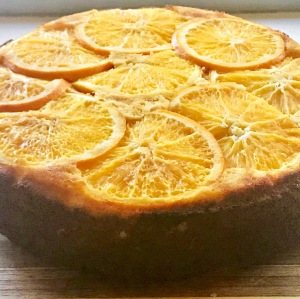 Linking up with Denyse Whelan blogs for Life This Week…

I have a Balinese pork dish simmering away on the stove, poured a wine & now it’s time to relax & read for a bit.
Went looking for laksa & found this instead. Great food but the eggplant chips are beyond great. There’s so much on the menu we want to try! @giddy_geisha #hungrysunshinecoast #sunshinecoastfoodie
This lovely tray of tomatoes miraculously turned into a roasted tomato and garlic sauce. #sunshinecoastfoodie
Well hello Friday! You’re looking mighty fine. #mooloolababeach
Fabulous catch up with Sue & Deb... thanks for the laughs. @womenlivingwellafter50 @debs__world thanks for the pic Deb.
Current read... What are you reading right now? #bookstagram