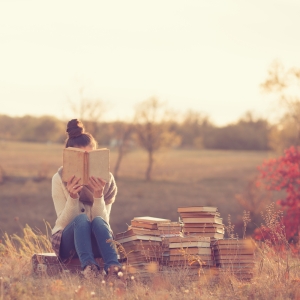 With the end of the year less than 2 weeks away it’s time to start the yearly round-up posts. Today it’s my year in reading. As a side note, I’ve also published this post to my author page.

How many books did I read?

According to Goodreads, so far this year I’ve read 95 books – although there were others that didn’t make it to Goodreads. That’s a few less than last year – not that it matters.

Yes, that’s a lot of reading, but I read most afternoons for an hour after I log off from the day job – it’s the equivalent to the time I used to spend reading on the bus and helps me switch my brain out of corporate and into creative. I also read every night before I go to sleep. I read books instead of magazines at the hairdressers, at the beach, lying in or beside the pool. Plus this year I’ve had a couple of long-haul flights (during which I sleep precisely zero hours) and spent a reasonable amount of time in airports waiting for delayed flights to and from Sydney. It adds up.

And the ones that didn’t make it to Goodreads? Mostly genre romances that were devoured in an hour or so and are sweet but guilty pleasures – like vegemite and cheese on white bread with butter.

Ok, I’m not great with commitment, so the longest book I read was Erica James’ Love and Devotion at 536 pages. Again, according to Goodreads, my page count was greater than last year.

I was fortunate to get an advance copy for review purposes of Sulari Gentill’s latest Rowland Sinclair adventure, All The Tears in China. Thankfully there was also a new Rebus from Ian Rankin, In A House Of Lies and an addition to Anthony Horowitz’s Hawthorne tales with The Sentence Is Death.

Series I missed this year?

Thanks for the recommendation…

I rely on my book blogger friend Debbish for additions to my to-be-read pile, and she certainly didn’t let me down in 2018. A new bloggy friend – Sammy from The Annoyed Thyroid was also a reliable source of reading recommendations.

Yes – I was obviously feeling very generous this year as I handed out 5 stars to 17 reads. I’m not a great critic – if I’ve really enjoyed something it will get the marks from me. As for my favourites out of this list? That’s a tad tougher, but here is my top 10:

Close behind – and also with 5 stars – was Art of Friendship by Lisa Ireland and Three Gold Coins by fellow Sunshine Coastie Josephine Moon.

Any books adapted into a movie?

I tend not to read blockbusters – in much the same way that I tend not to watch anything nominated for an Oscar. I’m a bit of a reverse snob in this way. This means that often I don’t watch movie adaptations. This year, however, there was The Guernsey Literary and Potato Peel Pie Society – which I read before I watched the movie.

I’m not normally a non-fiction reader, but, in addition to Richard Glover’s The Land Before Avocado, read some memoir this year – mostly foodie related, of course.

There was Nigel Slater’s Toast and Eating For England, and John Baxter’s A Paris Christmas and The Perfect Meal. Away from the foodie genre, I enjoyed Billy Connelly’s Billy, and Ailsa Piper’s Sinning Across Spain – Walking The Camino.

No, not this year.

What annoyed me this year?

I read way too many books this year where sub-plots were added late into a book for the sole reason of enabling the author to tie together loose ends. There were also too many books that told us in the last couple of chapters about the character’s growth without showing these traits throughout. Oh, look! She used to be like x, now she’s like y…that sort of thing. Show don’t tell.

This cost at least six books on my list from getting a 5-star rating.

What is concerning is that all were traditionally published yet they felt like they needed tightening editorially. Perhaps I only noticed because I’m aware that this is something I’m guilty of too – like typos in quickly cobbled together posts…whatevs..

A new category this year…

I have some more non-fiction on my to-be-read pile and a couple of cookbooks that need to be actually read rather than flicked through. I’ve also added some food critics to my list – for research purposes and a couple of travel memoirs for dreaming purposes.

This isn’t great news for the authors that I support, but my resolution this year is to go three months without buying any books at all. I have books on my bookshelf – both physical and virtual – that are crying out for attention and yet last year (and the year before and the year before that and…you get the idea) spent the equivalent of a very good holiday on books and music. I intend to work my way through some of these this year. And yes, I said all of this last year too! Anyways I’ll revisit my progress (and my willpower) at the end of March. Oh, exceptions to this rule are books bought at airports which everyone knows don’t count. It goes without saying that if you decide to take on this challenge it will be with the exception of buying my books.

What about you? Any favourites? Recommendations?

It’s Thursday, so it’s time to look for our happy and share it about a bit. The Lovin’ Life Linky is brought to you by Team Lovin’ Life: Deep Fried Fruit, Debbish, Write of the Middle, and, of course, me.

An InLinkz Link-
up