Aside from being the year the music died (OMG George Michael – I still can’t comprehend that), it was also the year that things that shouldn’t have ever happened somehow did – both on a global and a local scale. I’m thinking Brexit, Trump, and the fiasco that was the census. At least.

Like it or loathe it, 2016 happened for a reason. I’m more than a little bit different – and not just older and wiser – because of this year. It’s changed me – and that’s exactly the way it should be.

Who knows whether it was the Year of the Monkey playing tricks, or the fact that it was a number 9 year – and therefore a year of endings and culmination or completion – or something else at work, but quite frankly, I don’t care. It’s almost done and dusted. All that remains now is to call last drinks and move on.

Before I make new resolutions and dream new dreams, it’s important to take a good hard look at the lessons of 2016 and close off what’s come before. In view of that, I give you 2016: The Closing Ceremony…

My baby turned 18, started university, got herself a part-time job, and gained independence. Watching her grow continues to be a delight. 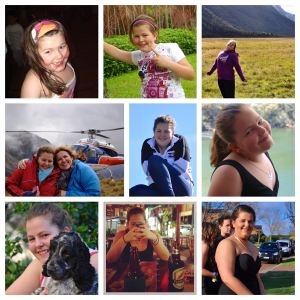 What I’m proud of…

2016 was absolutely a year that required great tenacity, so it’s fitting that the things I’m proudest of required the greatest amount of intestinal fortitude.

I’m proud of Wish You Were Here. It was a tough book to write – largely because of what was happening in the background. In a way it was almost a case of life imitating art – not in terms of events, but themes. I had to find a way to separate fact from fiction in order to complete it. Nt only did I finish it, but I managed to work out how to get it into print…I’m yet to work out how to promote that, but we’ll get there. As an aside, it’s a perfect summer read…hint hint…

I completed the Milford Track. I walked a lot of miles, then I walked to the top of a very steep hill, had a look around and walked back down again. Then I walked a half marathon the following day. All in the rain. With wet boots. It hurt a lot, and I cried buckets when it was over, but I did it and I was proud of my attitude when I was doing it – even though there were times I did wonder whether I’d ever get to the end. The empty space where my toe-nails used used to be is a reminder.

I was also pretty chuffed with myself when I set up my author website. Sadly, not many people visit, but I’ll be hoping to change that next year. (Ummm….that’s another hint…)

I learnt a lot about other people this year. I was disappointed in some people I’d never thought I’d be disappointed in, and was surprised by the loyalty and generosity of others.

I also learnt that I was more resilient than I usually give myself credit for. 2016 helped me see things with a little more balanced perspective, and much less judgement. It also taught me a lot about trust – in both good and bad ways.

What I let go of…

I had difficulty in letting go in 2016, but jobs were lost, income was lost, and some close friendships were lost – in no particular order. Other, previously sturdy, structures crumbled. I think, as a result of this, I held on harder to other things (and habits) that should have been released. Like that 20kgs that is now closer to 30kgs.

I did, however, resign from a job – although had a plan B in place first! Before this year, I’d never resigned from anything before – not even from a boyfriend (yep, in my brief dating career I was always the dumpee rather than the dumper). Even though I only had a week between jobs, leaving that role and the constant heart-pounding anxiety of it behind gave me the headspace to think clearly about what would come next.

In other news, I did, however, declutter a lot – although all my unwanted cookbooks remain in boxes waiting for disposal or redistribution.

Saw whales breaching and doing the things that whales do.

Completed Milford Track and, in the process, walked up a mountain, backing up the following day to walk a half marathon distance.

Resigned from a job.

Any deaths close to you?

My grandfather passed away the day before my cousin’s wedding. It was seriously surreal: we all went to the wedding on Friday and the funeral just a couple of days later – while the family was still in town.

What countries did you visit?

What would you like to have next year that you lacked in this one?

Structure and a teeny bit of certainty – even just a little…

Did you keep your new year’s resolutions?

Sort of… The report card is here.

What was your biggest achievement of the year?

Publishing Wish You Were Here and completing the Milford Track.

Did you suffer illness or injury?

I had food poisoning on my birthday, had my first head cold in 2 years just 2 days before Christmas, and lost 4 toenails as a result of the Milford Track – and yes, my boots fitted well, but not well enough to deal with 4 hours of steep downhill. Oh, and I had a couple of episodes of crazy high blood pressure.

Where did most of your money go?

What song will always remind you of this year?

Dido’s Sand In My Shoes. It’s why we’re moving to the Sunshine Coast this year – to take the time to watch the sun set.

Compared to this time last year, are you:

a) happier or sadder?

Ummmm I went into 2016 knowing there’d be some challenges with hubby’s work – I seriously under-estimated those and how it would change everything and threaten our financial security. I’m approaching 2017 with much more excitement – we’re beginning a whole new adventure! So, not happier or sadder, but more optimistic.

b) thinner or fatter?

How did you spend Christmas?

We had Christmas lunch at my sister’s house and spent the evening eating prawns and drinking bubbles with our neighbours.

What was your favourite TV program?

Ummmm, I binged on all 18 series of Midsomer Murders and loved the return of Upper Middle Bogan and 800 Words. What else? The Crown, Agatha Raisin, Victoria and Outlander.

What was the best book you read?

What was your favourite film?

What did you do on your birthday, and how old were you?

I turned 49 and spent the day in bed with food poisoning.

What kept you sane?

Our sea-change. If it wasn’t for the nastiness and crap that led to hubby’s early retirement, we wouldn’t be in a position to relocate. Dealing with what we’ve dealt with has made us stronger as a partnership.

Well, a new year, a new start, a new word, and a new set of goals. Watch this space.

Do you like to close the year out? What are you proudest of? What lessons has 2016 taught you?