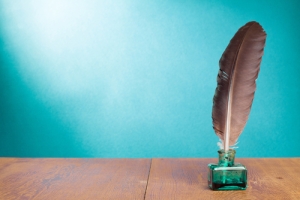 So anyways, I think I’m done with this structural edit for Big Girls Don’t Cry. I’ve just compiled the file in Scrivener back to word format. I’ll do another quick read through for formatting issues and then send it back to my editor, Nicola, for copy edit.

I wrote this book before I wrote Baby, It’s You, so feel like I’ve been living with these characters for the last three years. I’ve rewritten it at least…I can’t even begin to estimate how many often I’ve re-written some scenes.

Overall, this edit hasn’t been too bad- possibly because I know the characters as well as I do, and have re-written as much as I did. The characters, the voice and the story were in pretty good shape.

I can’t remember if I told you, but when I sent Big Girls Don’t Cry off to Nicola for structural editing, it was with the feeling that something wasn’t quite working. Something that I couldn’t put my finger on felt clunky.

Nicola’s structural report identified the same thing. She suggested moving and swapping the first four or five chapters around. I did that, and it definitely worked better structurally, but it still felt unwieldy. I wasn’t convinced.

It wasn’t until I was actually on the phone talking to Nicola that it finally occurred to me what the problem was.

This was a huge call for me to make because:

Nicola thought for a minute after my declaration and agreed.

Losing the train stuff was one of those editorial decisions that I needed to make for myself. I think if Nicola had suggested it, I probably would have dug my heels in and tried to find a way to make it work. After all, it’s where the story first grew from.

Once the decision was made to write the train stuff out, the rest of the edit flew. Now that it’s done, I can see that it hasn’t affected any of my characters, it hasn’t impacted the story, and the book absolutely feels better without it. I didn’t need it. As the Pet Shop Boys would sing, it wasn’t integral to the project.

Before you all go weak at the knees at my courage in deleting entire scenes like this, I wasn’t that brave. I saved one version as it was before I started playing around with the other. As I deleted, I moved those words to an out-takes folder in Scrivener. If it hadn’t worked, I would have been able to put things back together easily.

Another major change was the ending. While this book was in draft mode, I’d written three completely different endings. In her report- and in our subsequent phone call- Nicola and I chatted about which one would be most appropriate. Two of the three would have worked, one better than the other.

Again, because I save every version (yes, I am a control freak) I was able to simply copy and paste. Too easy.

Oh, and the train stuff? I could tell you but…I could yet use it in something else…