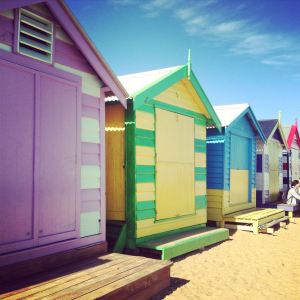 So anyways, as I think I’ve said before- I’m not a plotter. That doesn’t mean, however, that I don’t plan. Professionally speaking, my background is in project and change management, and we live by the old mantra of fail to plan, plan to fail. It’s ingrained. It also clashes with my personal mantra: seriously- how hard can it be?

So how does that work- the whole planning to fly by the seat of your pants contradiction?

Once I’ve decided on a story, I do, however, spend some quality time with a glass or two of wine somewhere sketching out things like character backgrounds and locations.

It’s one of the excuses reasons I used for our weekend jaunt to Melbourne- location research for my current work in progress. I told you about that the other day. I did the same when I was first drafting Big Girls Don’t Cry. I’d tell you about that, but it’s a month away from structural editing and who knows how that will impact it.

In Baby It’s You, most of the action takes places within a tight radius around Melbourne city and Richmond- the inner city suburb where my heroine, Emily, has her apartment. This was important because much of the story’s theme is around comfort zones- staying within them, breaking out of them. We get to know Emily’s emotional world through her physical world.

When I did take her outside of Melbourne, it was to make her uncomfortable enough to make the changes that she’d been resisting.

Before I started writing, I did some virtual location scouting:

I looked on Real Estate sales sites for the apartment details, ducked into a few open for inspections around Richmond, and tripped around on a tram a bit for the rest. I took photos, downloaded images, made a few notes and popped it all on the corkboard in Scrivener. 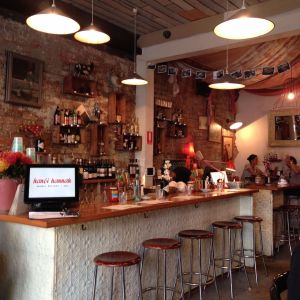 It was tough, but I also forced myself to eat a few bowls of pho- the things that you do for the sake of your art. My fave up until this last visit was the one I had at Hanoi Hannah in Windsor. There are some great slurpy ones in Victoria St, Richmond too…just saying. 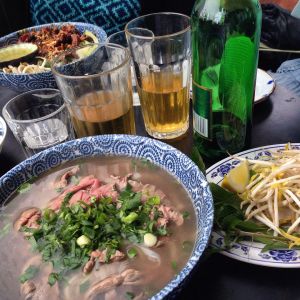 For the sake of authenticity, I insisted on checking out a few inner city pubs until I found one that Em, Suse and Booth could use as their local. I never did decide on just one, but certainly enjoyed the research. I also did the Brighton to St Kilda coast walk– and blogged it… I’ve walked part of the track along the Yarra, and shopped at Prahran markets.

As for Em’s vintage shops? There are a few along Gertrude Street and into Brunswick Street in Fitzroy that I love to browse in. 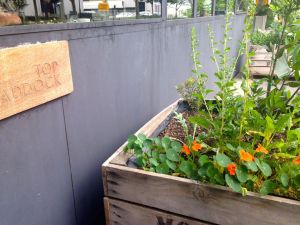 I’ve also heavily borrowed the location of Top Paddock in Richmond as a brunch spot for Em when she meets up with Andi. If you’re ever in Melbourne, these guys do an incredible brekky.

Naturally, I’ve given it a rustic garden in Richmond style makeover, but you get the idea. As an aside, you’ll get to know Andi a little better in Big Girls Don’t Cry…I’m pretty sure that she won’t be cut from the structural edit.

While on the subject of restaurants, if you’ve read the book, and know Melbourne, you may have recognised Grossi Cellar Bar and Hill of Content bookshop at the Exhibition St end of Bourke St as being featured in a rather crucial scene. It’s dark, it’s raining, and it all feels a little black and white movie appropriate.

Three Bags Full in Abbotsford has a starring role in another turning point in the book….and is also great for breakfast. This scene, involving Em and Suse very late in the piece, was originally planned to take place at Richmond Hill Larder in Bridge Rd, but somehow, this place just worked better for the type of conversation that’s had there.

Yes, I suffer for my art. Do you think I really enjoyed trying all those dumplings and noodle bars to ensure that I got the mood right for Big Girls Don’t Cry? Or the wine from Melbourne Wine Bar…or that cocktail on the roof? Absolutely not- it’s all for research. As an aside, I’m still not sure whether I’ve nailed the cocktail location…

I’d love to know- when have you suffered for your art?