So anyways, most people who know me well know that I like my sugar fermented- preferably in the form of wine.

I’m the girl in the office who truly doesn’t want a slice of birthday cake. I’m the girl who really isn’t tempted by sweets. When I tell a waiter not to bother with another spoon, I mean it. I’ll make the occasional exception- some restaurants are just so good that you know the dessert is going to be something appropriately portioned and amazingly creative. Josh Emmet and Rata in Queenstown- I’m looking at you!

But when I was up in Bali, I indulged…just a little, but it was still indulging…on coconut ice-cream and coconut sorbet.

I had it when I was feeling ill that first lunch at Casa Luna (and before you ask- it wasn’t Bali Belly, I was feeling pretty manky before I left Sydney)…and then again a few days later when I wasn’t feeling ill. They do a non-dairy version that’s light, refreshing and with fine slices of jackfruit and teeny tiny bean pods for texture.

I had it as dessert at Sardine. They do a palate cleansing sorbet that tastes as pretty as it looks.

Then there was the coconut ice-cream that sat on top of the passionfruit curd and pineapple tart we had at Will Meyrick’s Hujan Locale. Lusciously, decadently smooth. Luckily, it’s also in Meyrick’s cookbook Sarong Inspirations.

So I made some…and despite the fact that we were eating it in front of Masterchef catch-ups with the heating on, if I closed my eyes, I was back in the tropics. You want the recipe? Here goes, with all of the usual acknowledgements re rights etc*… 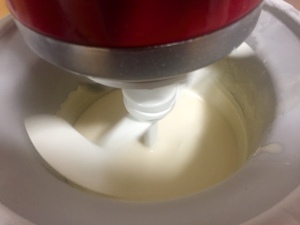 The Verdict? It’s a keeper. 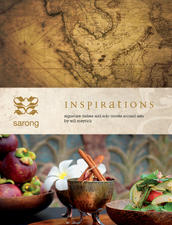 So 27 years ago today on a beautiful autumn day in Canberra (and Canberra does beautiful autumn days so well) we did the I do thing. Aside from the fact that I was 20 kgs lighter & my hair was a lot darker, it truly seems like it was yesterday. 27 years married, 33 years together & still my favourite person to travel with. Especially when he brings home flowers.
The sky is painted this morning… let’s hear it for Friday! #mooloolababeach
So it’s our wedding anniversary tomorrow so we celebrated tonight - at @marketbistro_ I’ve been wanting to eat here since they opened & it was well worth the wait. #sunshinecoast #sunshinecoadtfoodie #sunshinecoasteats
It’s getting cooler and staying darker for longer, but this is absolutely worth walking early for #mooloolababeach
Chicken Pho. I slaved over this stock all day. Was it worth it? Absolutely.
6am Wednesday and waiting for coffee. Not a bad start to the day… #mooloolababeach