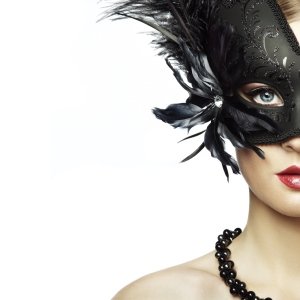 So anyways, I launch Baby, It’s You to my waiting unsuspecting public on May 13.

I’m excited, but I’m also more scared than I think I’ve been in years.

It’s a fear unlike anything I’ve experienced. I think perhaps it’s the waiting. It’s not something I can just do and get it over with.

I’ve read and re-read and read again certain passages that have left me in an anguished panic at inconvenient times during my morning commute. I’ve asked the ‘what if?’ questions over and flipping over. The most common of these is- can I change it? or…do I have to go through with this?

What scares me the most is, weirdly, not whether it’s any good- it’s as good as I can make it- but rather what people who know me only a little will think or assume or try to project into it.

I’m scared because of questions like the question my friend asked somewhere towards the end of the first bottle of wine. I knew it was coming because she said, ‘I’m going to ask you the question that I’m sure everyone asks you…Am I in it?’

I didn’t need to contemplate my answer. ‘No,’ I said. She’s not. I’m not sure if she was disappointed or relieved.

‘I bet everyone asks you though.’

Some do. Most don’t. Some assume, incorrectly, that they are…or that they know someone who is. I suspect, some are worried that they are- especially the ones who know they’ve pissed me off. What did the coffee mug say? Something about not pissing off a writer- you could end up in a book. Dead. The thing is, they’re not either- the people who have pissed me off.

It is, however, a reasonable question. It’s also a question that my husband has never asked. Part of him, I think, doesn’t want to know. For the record there will never ever ever ever be any part of my husband in anything I write. Ever. Probably. Maybe. Some of his qualities are, however, in my hero- naturally, they’re the qualities I fell in love with all those years ago. Good answer?

There’s a little of me in Emily, my heroine. Like me, she’s a Pisces, has a thing about daggy pop music, will never ever ever run again, and is prone to blisters. There’s also a little of how I’d like to be in Emily- I’d like her hair and her waist.

Mostly, though, there’s a lot more about her that lives just in my imagination. I sketched her, and she filled in the rest herself- as she’s supposed to.

To a certain extent, we all write what we know- a little or a lot. That doesn’t mean that we write who we know.

As a writer, it stands to reason then, that our characters will say things we’ve heard others say, or do things we’ve observed others do. Then we exaggerate it. Sometimes a lot. It’s why we carry notebooks. All of my friends have been warned that anything they say could be taken down and used later by a character who will probably bear no resemblance to them.

In Baby It’s You, I’ve “borrowed” some banter from my bestie. I’ve also told him I’m doing that and asked that it’s ok. In the pub the other night I pulled my notebook out mid-drink to jot down something someone said. ‘I am so using that,’ I declared. I did the same at work today. Given that I’m at various stages of drafting for the next three books, you’ll have to wait a while to read that particular line…but it’s a good one.

The office in Baby, It’s You, isn’t my office. The colleagues are not my colleagues. That’s easy for me to say- I finished writing this book before I started working there. Yes, it’s taken that long to publish this. Emily’s friends are not my friends. Her life bears no resemblance at all to mine. I might write things for Em to say, or for her friends to say, but how they say it, when they say it, what they mean by it, even if they say it, depends on them.

My friend had another question, ‘if I’m not in it, will I see our relationship?’

She saw me hesitate and then mused, ‘but I guess relationship is a lot about perception, isn’t it? You could have a different view of it to me?’

I told her this, how the characters take on their own life, personality, behaviour. I’m not sure she believed me, but it’s true. Emily- her friends, and her relationships- has turned out to be very different from that first character sketch I drafted a couple of years ago….

Back to the pub, we’d bought another bottle. It gave her the courage to ask the question I suspect she really wanted to ask:

Disclaimer: Any resemblance to persons living, dead or who have pissed me off is entirely a coincidence…