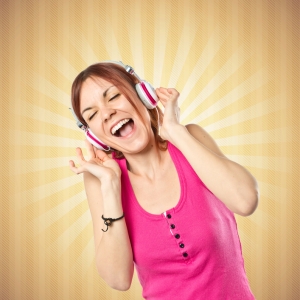 So anyways, a few years ago, when I was relocating the office in Brisbane after the floods, we’d bought a DIY doorbell from the local hardware store. The problem was, it would randomly burst into “It’s a Small World After All” during the day.

At first I figured it was cursed or haunted- as you do- until the builder explained that someone else in the street obviously had the same frequency. A much more boring explanation, but probably the rational one. It didn’t help us get the tune from our head though.

I was repeating the story to someone at work again the other day, and just like that it was back again.

It’s a small world after all.

So anyways, I got to thinking about earworms- you know…the songs that you just can’t get out of your head?

Last week when I posted Making Your Mind up, it prompted a discussion on Facebook where I was thanked cursed for putting that song into people’s heads. You’re welcome.

Then on morning radio the other morning, Robbie Buck (ABC) was talking about how Engelbert Humperdink’s (is that how you spell it?) “Please Release Me” is apparently one of the most irritating of ear-worms. After an hour of it going around in my head while I sat in the morning commute, I had to agree.

In “Baby, It’s You,” Em finds herself with the Roger Ramjet theme song going through her head. TV themes- especially the older ones- have a particularly nasty way of doing that. It’s an art that seems to have died out. Don’t believe me? Try and get the theme song from Inspector Gadget out of your head.

Roger Ramjet and his eagles fighting for our freedom…

Anyways, Booth suggests that she replace it with what he says is the ultimate in ear-worms- the BananaSplits song:

Try it…it works. But then- how do you get that out of your head?

It got me thinking wondering just what the ultimate ear-worm song is. Is it Kylie’s “Can’t Get You Out of My Head,” that oooh oooh oooh part of Blondie’s “Heart of Glass,” or perhaps even Queen’s “We Are The Champions”? My vote is for the bananas.

What is it that is so much of an ear-worm song that it replaces every other ear-worm in existence?

What is the ultimate ear-worm?

I’m a Barbie girl, in a Barbie world. Life in plastic is fantastic…

Although ear-worms are as annoying as hiccups, unlike hiccups you can’t swallow three times without breathing and they’d be gone. Which begs my next (and last) question…

How do you remove the ultimate ear-worm from your head?