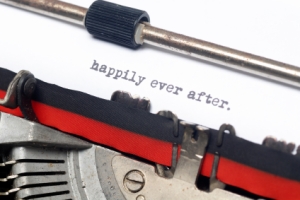 So anyways, I’m supposed to be writing about why I write. Yes, it’s a mouthful. It’s also difficult to write through the tears.

You see, I just got another rejection. It’s the first for this piece of work, it’s the first for this year, and it’s (as far as rejections go) a constructive one. I think, being realistic, I expected it- which is why I chose that particular publisher first. She’s one of the few in this market who not only replies, but provides feedback.

I thought I was ok with it- the rejection, that is.

I sat and I looked at it for half an hour or so- in between ducking in and out of watching The Time of Our Lives on iview.

Looking logically at it, the pacing does need work. She’s right. And yes, there are issues with the story arc. It’s valuable feedback I can work with and build from.

And then I started sobbing.

I haven’t done that with rejections before. I’ve been sad, I’ve been down, but I haven’t been inconsolable.

This is the third full manuscript I’ve written.

Number 1 will never see light of day- and that’s a good thing. Despite receiving great feedback in a couple of RWA competitions I entered it in, the 3 publishers I sent it to, were not (I assume from the ensuing silence) impressed. Besides, now it’s been carved up and some of the passages used in number 3. A few passages are being used in my current work in progress.

Number 2 got close last year, but wasn’t quite there. I sent it out to three publishers for a magic strike rate of three call-backs. A call-back is a little like the literary equivalent of a screen test, I suppose, or a second or third interview. It’s where you’ve made it through the silence of the slush pile and they want to see the whole thing.

Two of those call-backs resulted in ‘we’re interested…’ One in ‘we’re interested, please don’t submit it elsewhere.’ I got a little excited. All three eventually resulted in rejections- but the whole process took most of last year. At the end of it, I was exhausted, and demoralised, but I didn’t sob like a lolly deprived baby …not like I have tonight.

So I did what I needed to do with Number 2- I waited until I was ready, then pulled my big girl pants on, and completed another re-write- incorporating the feedback I received.  It left home again last week and is looking for somewhere to settle.

Number 3 has just received its first rejection. I love it- the book, not the rejection. It was written using daggy pop songs as chapter headings and cues. I love the characters and I love their story. Sadly, this particular publisher did not. That’s ok.

Anyways, it seemed the right and appropriate time to answer the questions asked when I was tagged by my friend Debbish the other week. So, without further ado:

I’d say ‘because I have to,’ but that’s what everyone says. It’s also true.

I write fiction- and I’ll continue writing fiction- because I like nothing better than living in the fantasy world of (mostly) made-up people in (mostly) made up scenarios. I let them say the things I can’t and I like to give them happy endings- the ones you don’t get in real life. I love the hopefulness of that possibility.

I blog because it’s immediate. Also, although I have a small audience, because it provides a quick gratification- and an assurance that my words are not invisible.

What I’m working on?

I have so many things on the go- and a million more ideas- but:

How does my writing differ from others in my genre?

I’d like to say my voice, but I also think that my voice is, perhaps, what’s holding me back. The feedback I got last year (from the two publishers who were lovely enough to provide it…the third, the one who asked me not to submit elsewhere, did not) was along the lines of ‘I read till the end, enjoyed it, loved the characters, but….’

How does my writing process work?

I’m a serious pantser. I go into something with a grain of an idea, and work from there. A bit like that episode of Absolutely Fabulous where Edina planned her kitchen around a door handle she was sure she could get in New York.

For my second manuscript, I tried writing from the end forward- just to see what happened. For my third (the one I’m crying over) I uploaded a playlist so that I could live in my characters head during my daily commute.

What else? Each of my lead characters has an astrological chart- it helps me with their motivations and relationship style.

Anyways, once I start, I’ll knock a first draft out in 2 months- writing mostly in bed…at night after work, or in the morning before it.

Then I’ll re-write a few times.

Then I do a synopsis…at the end…maybe that’s where I’m going wrong…?

And yes, I know that self publishing is a viable option- and one I’ll be using for my astrology work, but this is something that I really want someone else who is supposed to know about this stuff to say it’s good enough.