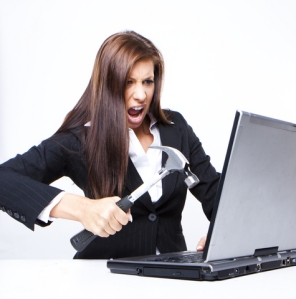 Have you heard Passenger’s I Hate song yet?

My Home Truths weekly confessional is giving us the opportunity this week to get our personal peeve list off our collective chests.

At the risk of someone yelling “Don’t get her started,” here are mine- in no particular order:

How Sydney people find it difficult to drive as soon as the rain comes down.

How some people have to block traffic by reversing (on multiple attempts) into car parks. Nose in, reverse out people- it’s quicker and easier…although does nothing to show off your driving skills.

Those kid trolleys and pushing car things in supermarkets. I’ve said it before.

Hotels who charge the equivalent of a nights accommodation to access the internet. I’ve said this before too.

Walking “ists”…racists, ageists, sexists, homophobes-ists…you get the idea…and special mention to those who make tasteless jokes about any of the above.

People who aqua walk in the fast swim lanes. That’s what the walking lane is for.

People who can’t swim properly in the fast swim lanes. That’s what the slow swim lane is for.

People who don’t know how to use the swim lanes correctly. It’s not that difficult people- keep to the left…it’s the same as how you drive.

Telemarketers- yes, I’m on the do not call list, but I still get charity calls. I try and be nicer to these guys.

Door knock telemarketers- we need a do not call list for these guys. Or at least the equivalent of a No Junk Mail sign to hang beside the doorbell.

Junk mail distributors who ignore the no junk mail sign.

Dog walkers who don’t carry plastic bags- your pooch’s poo is your responsibility. If I have to pick it up, so do you.

Internet trolls and perpetual critics- if you have nothing nice to say, keep your mouth shut

The same goes for depressive statuses-all the time- on Facebook. I get the occasional down time, but not ALL THE TIME! Fake it, if you must…at least occasionally.

Gym wear designers who can’t go past a 14 in gym wear. You know who you are. Don’t try and tell me that you design for large women, when a large is a 14.

People who don’t no when to use know, when to get a knew prospective on a new perspective and will get on with things without further adieu.

Wank bingo in the corporate world. I don’t need to take a helicopter view of anything, I’ll call you rather than reach out to you, and as for mixing my sporting metaphors and stepping up to the plate, grabbing balls and running with them to the same playing field or on the same bus as everyone else who is singing from the same hymn book…sorry, bored already…and BINGO!