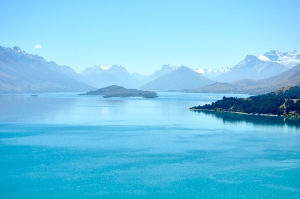 I’m not a blockbuster kind of girl.

I did watch the Lord of the Rings trilogy, but only because I had 4 weeks off work after a major op. Did I enjoy them? Not really. Did I appreciate them? I guess so- especially the scenes with Viggo Mortensen…and yes, that came out loud.

It goes without saying that I haven’t seen The Hobbit– nor do I intend to.

So why, then, would I even consider doing a 4WD tour specialising in movie locations?

Because it’s Queenstown and the scenery is stunning…which I guess is why people like Jane Campion and Peter Jackson (and others) have been able to capitalise on these natural resources.

Julie, our guide at Nomad Safaris understood that. 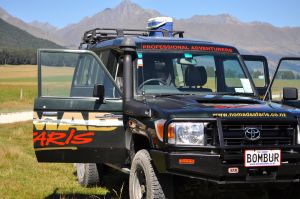 She listened to us and took us to some of the most fabulous scenery around Queenstown- many of which just happened to also have been included in movies…and no, I’m not going through what is and isn’t. 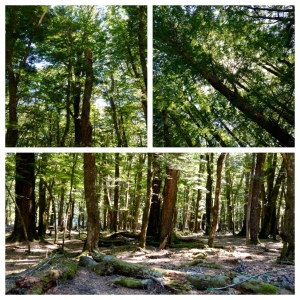 We checked out some stunning vistas on the road to Glenorchy, 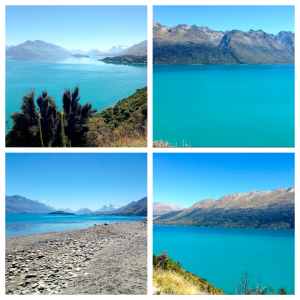 and had a cuppa at the very aptly named Paradise. It was the best cup of tea we had all week.

Julie was the perfect guide. A keen tramper, she knows this area like the back of her hand. She was also able to talk us through some of the endurance walks in and around the Queenstown area. 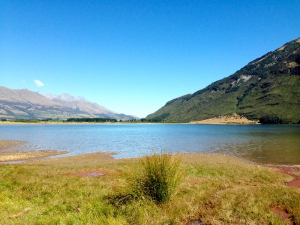 I found myself tempted to rashly declare that the Kepler or Routeburn or Milford Tracks were to be added to my bucket list…then I remembered that all of them involve lugging a huge pack. They also involve huts with long drop toilets. Hmmmm. 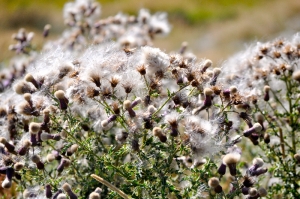 Then she said that the Routeburn now has a 5 star option… Hmmmmm. 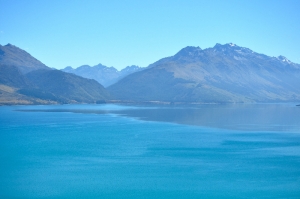 Want to know more about Nomad Safaris? They also do another movie scene safari around the Wakatipu Basin, but also do some other back country exploring. Check them out at www.nomadsafaris.co.nz.

Oh, the usual fine print- I paid for my own trip, blah blah, this is my opinion only, blah blah…

Monday... already?
I know I’ve said it before but @infusioncafethai is seriously the best Thai on the sunny coast. The only problem? It makes me miss travel to Thailand.
Just 2 weeks until this lands. If you love bake-off, Escape to the Country, a Cotswolds village and, well, tea & scones, you might just like this one. Preorder links in bio. #escapetocurlewcottage #brookfordkitchendiaries #thecotswolds
A gorgeous sunrise & markets done & dusted. Saturday off to a good start #mackerelsky #buylocal #eatlocal #farmersmarket #sunshinecoastfoodie
Fabulous lunch at @greenzebrarestaurant with @melkettle In the pic is halloumi fingers and pork belly with green papaya salad. Perfect share plates. And the views not bad either.
7 years ago today. This is one of my favourite travel photos. It’s lunch stop on the final day of The Routeburn Track and it really sums up our experience of that tramp. @heathern99 @mishcurtis71 #therouteburntrack #routeburntrack #newzealand #trampingnewzealand