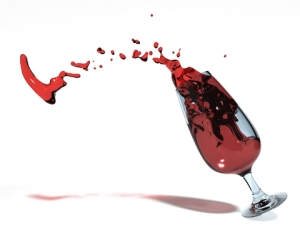 National Novel Writing Month. I wrote a bit about it here.

This is the marathon of writing challenges.

Like a marathon, the key to success is in the preparation.

Decide how you will be writing your novel.

This year I will be using the Scrivener app. I love how it sets session targets.

In the past I’ve used word, and kept my own tallies. If you enter your word count daily into the nano website, you can stay on track.

Have a back up strategy…and use it

The astrologer in me will tell you that Mercury will be retrograde and computer related issues tend to happen over these few weeks. Be paranoid.

Carry a notebook and pen with you at all times. I use a moleskine. It makes me feel like a real writer.

Have coffee- or wine- on hand. I tend to subscribe to the “write drunk, edit sober” theory… not that I take this literally, but you get the idea.

Dig your calendar out from wherever it is languishing and mark in your writing days for November.

How many days a week can you seriously write?

This will determine your daily target.

I don’t have a free weekend between now and Christmas, so this year I’ll be aiming to write 22 of the 30 days- giving me a session target of 2272 words.

I go to bed an hour earlier and write there. It works for me. Quite often I dream what happens next.

Expect life to get in the way

Be realistic and don’t expect life to stop- it won’t.

There will be some days where you can sit down uninterrupted at the keyboard and others where you’re clawing 5 minutes here, there or anywhere.

If you really want to do it, you will make time.

I recall finishing my first nano experience in 2009 in the airport at Perth.

As well as the normal demands of home and my full time job, the relocation project I was working on for Perth (and managing largely from Sydney) had blown wide open.

2010 was much the same, although this time the relocation was in Hong Kong and the final chapter was finished at that airport.

On both occasions I carried my notebook with me and scribbled during coffee and lunch breaks.

Back in my hotel bed each night I’d transpose my scribbles into real words.

Run your own race

This is good because I tend to hit my personal wall at about the 25,000 word mark.

The middle 2 weeks are hard.

The story is often in the saggy doldrums- enthusiasm is waning and the end is still a long way off.

The efforts of the first week get me through the middle two.

When I get really stuck, I jump scenes- sometimes writing the end first, other times writing another scene that has jumped into my head. It works for me.

Others choose to stick doggedly to their daily target- you won’t know which you are until you start.

What if I don’t have an idea?

Ideas come from so many sources. That’s what makes nano so great- it allows you to explore an idea and determine whether there is really a 85-100k novel in it.

My effort in 2009 was largely semi autobiographical. It was 50,000 words that will never see the light of day (heaven forbid), but needed to come out of my head.

Once those words were out, other ideas started to flood in. I now have a board full of potential stories.

The idea for nano 2010 came from an ebay ad for a bag that I had bought.

Brand new with tags- the bag that broke a relationship….

It was enough to get me through 50,000 words and has since grown into a full manuscript.

That manuscript needs to be edited once more before I push it out of the nest. I won’t do that until I can view it dispassionately. That will probably be when I’m so wound up in the characters that I’m creating this year!

Speaking of this year- my idea came from watching a news story while on the treadmill one morning. I don’t know yet whether it will work, but I have a month and 50,000 words to take it for a test flight.

Even if you’re a Virgo, resist the urge to edit.

The point of this exercise is to get the words out.

This is meant to be fun, so don’t be too hard on yourself or do the analysis paralysis thing. Just write.

There is no judgement or right or wrong. There are just words.

So- who’s with me? If you’re entering, buddy up with me- my nano name is astrojo…hope to see you on the forums!